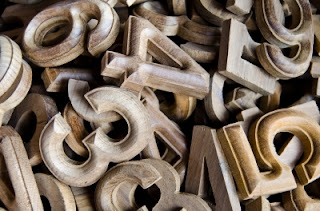 Dr. Oz shares his number one secret to fighting fatigue: iron. Could your birth date provide insights to your health?

How tired are you? Feeling like you're on empty? Dr. Oz said he has one simple solution for the fatigue felt by a startling number of women across the country. Iron.

Extreme exhaustion and hair loss are just two possible symptoms of iron deficiency. Not to worry, iron deficiency and low iron are both easily reversible.

Donnica Moore, MD, physician and women's health expert, explained that iron is responsible for moving oxygen throughout the body. Most people understand that anemia is a condition of iron deficiency but most people, doctors included, don't realize that when iron levels are low yet not at a deficiency stage fatigue can set in.

Heidi Skolnik, nutritionist, said the most common time when women are low in iron is during menstruation. Women who bleed heavily during their period are most susceptible to low iron or iron deficiency.

Women who don't eat much red meat may also be at risk for low iron or iron deficiency.

Today's Dr. Oz Show audience were tested and over 30% tested as iron deficient and more than that have low iron counts.

One woman in the audience said she was just at her doctor's office yesterday and was told all her numbers were fine yet today at the show she was tested as low. Dr. Oz explained that people can have a low level of iron without having low blood cell counts which is why many doctors can miss it.

In the morning, said the woman from the audience, she wakes up tired. Often her energy is completely used up by noon.

Dr. Oz said this is a big change in our understanding of fatigue. Iron is a key component to energy levels.

Dr. Oz Symptoms of Iron Deficiency #1: Fatigue for More Than a Month
Feeling exhausted after full night's sleep and feeling that exhaustion for a full month is a sign that something is off, possibly iron and blood cell counts. It's time to see a doctor.

Dr. Oz Symptoms of Iron Deficiency #3: Dull Skin
Are your friends saying you look pale? That pallor could be linked to low red blood cell counts which translates to a lower amount of pigment in the body that colors those blood cells and the skin can look pale. Pull down the lower eye lid and check the color, if it's pale there could be an iron concern.

Dr. Oz Symptoms of Iron Deficiency #4: Inability to Focus
The brain requires blood to function. When blood cell levels are low then not enough blood is getting to the brain. Feeling woozy, dizzy, and light headed can all be linked to low blood cell counts and low iron levels.

Experiencing one or more of the above symptoms could be connected to an iron deficiency. Dr. Oz said the big difference in the test they conducted on the audience is that they looked at ferritin levels which is the amount of iron stored in the body. Typical iron tests look at how much iron is in the blood.

Good news is that iron deficiency can be turned around quickly with the right foods.

Ms. Skolnik told the audience that meat, chicken liver, and seafood are the most absorbable food forms of iron. The iron in meat, she explained, is absorbed two to three times more efficiently than plant sources however she did go on to explain that absorption of iron in plant sources, mainly green foods, can be boosted when eaten with Vitamin C.

Dr. Oz: Pair Vitamin C-Rich Foods With Iron-Rich Foods
Eating red peppers with spinach will support the body in getting the most out of the iron contained in the spinach. Pair broccoli with tomatoes or citrus with edamame. Essentially, green foods paired with red and yellow foods will accomplish the goal and play a role in increasing iron absorption three to five times.

Dr. Oz: Iron Skillet
Foods high in water as well as acidic foods that are cooking in an iron skillet will have an increased iron content because the iron from the pan will leach into the foods. There's no limit to the number of times you can eat food cooked in an iron skillet, said Ms. Skolnik. She also stated that it's impossible to over eat iron-rich foods as the body will naturally regulate the iron intake.

Dr. Oz: Clams
Clams are a great source of iron and one source that people overlook. A canned clam sauce on pasta can increase the iron content of your meal.

Dr. Oz: Coffee and Tea
Ms. Skolnik said to not drink tea or coffee one to two hours before or after an iron-rich meal. Tannins in the tea and coffee can inhibit absorption of iron in foods.


Dr. Oz: What You Need to Know About Iron Supplements

Could an iron supplement be right for you? Diet alone may not be enough to support optimal levels of iron in some people, explained Dr. Moore. There are several categories of people who should consider taking an iron supplement.

Dr. Oz: Pregnant and Nursing Women
Pregnant need the extra vitamin and mineral boost received by taking a prenatal. Nursing women should also continue taking their prenatals, explained Dr. Moore. The nursing babe will be taking nutrients from mom so she needs to give her body enough nutrition along with the right prenatal to restore her levels.

Dr. Oz: All Menstruating Females
At least 25% of pre-menopausal women are low in iron and Dr. Moore recommends that all women who are menstruating take an iron supplement.

Dr. Oz: Vegetarians and Vegan
Dr. Moore said that vegetarians and vegans need to take an iron supplement because they are not getting adequate iron through plant sources. [Well, if you talk to a vegetarian and vegan they will probably disagree. The best way to know about your iron levels is to have them tested.]

Dr. Moore explained that these categories of women should be taking 13mg of iron daily from age 12 or 13 (at the onset of menstruation) through to about age 50 (until menopause). Women over 50, or who are in menopause only need about 8mg of iron daily and that amount can typically be met with proper diet. Avoid taking iron with calcium or antacids both of which will inhibit absorption of the iron.

Iron can cause constipation. Start with small doses, take with a high fiber meal, take in the morning instead of the evening.


Dr. Oz: What Your Birth Date Tells About Health

Celebrity numerologist Glynis McCants, said Pythagoras, the ancient mathematician, created numerology...way back when. He took the numbers one through nine and attached a trait to each number. Knowing your personal number can help with relationships, career, and even health.

There are positive and negative sides of your personal birth number. Charting your numbers can help you navigate all aspects of your life.

The number six represents helping others. Born on the 11th also means that Dr. Oz is driven to master his life. Reducing the 11 gives the number two which is considered a natural healer. Six people are also family oriented yet have to be in charge, the aren't supposed to work for someone else. Six's are nurturing people either with their children or their pets. This nurturing trait, explained Ms. McCants, can mean six's are prone to breast issues. Weight can also be an issue for people with six for a life path number.

Dr. Oz: Life Path Number One
Dr. Oz said he have several one's in his life. His wife is a one and so is one of his daughter's and his son. One's strive to be number one in all parts of their lives. They try to be the best at what they do which can often lead to not taking care of themselves. One's are prone to shoulder and knee pain. Stretching and yoga are great for one's to release tension.

Dr. Oz: Lift Path Number Three
Known for being communicators, three's can't shut up. They are the best at gossip. In a relationship where partner doesn't listen, three's can develop throat issues including laryngitis. Ms. McCants recommends that three's write out what they need to say when it comes to difficulties in relationships. Three's are known for theirs eyes, voice and their smiles.

Dr. Oz: Life Path Number Four
A woman from the audience who has the number four for her life path number described herself as a planner (she's a teacher), organized (her house is always clean), and type A personality (she's controlling). That's the picture prefect description of four's. Four's like structure in their life and like to know the plan. Being without a plan can lead to headaches. It's helpful, explained Ms. McCants for four's to look at just their part of an assignment, at work or school, and to not worry about what others are doing. Get into nature to relieve stress with activities like gardening and walking in the park.

Dr. Oz: Life Path Number Five
Fives and seven's are similar so both groups stood. Need freedom and space. If someone controls then out the door. Health issues: water has calming effect bath, hot tub, ocean. Who am I , why am I here. Breathing is an issue and leads to sleep problems. Deep breathing leads to better sleep. The most cerebal number in numberology and can't stop thinking.

Dr. Oz: Life Path Number Eight
Eight's tend to describe themselves as over thinkers. Eight's are here to master financial security, they are willing to work hard and want to be paid for their work. They tend to feel like life is happening to them and can develop a victim complex. The eight also represents infinity which translates to eight's being able to easily change their mood. Lower back pain can develop when eight's worry about finances. Goofy movies and laughing, music and dancing can help eight's boost their mood and get happy. Eight's are also direct and blunt.

Dr. Oz: Life Path Number Nine
Nine's often have neck issues and are tired a lot because they are very responsible and they often feel weight of world on their shoulders. Nine is an old soul number. Nine's have a hard time asking for help. They get neck and shoulder pain from holding their worries in those areas. Massage is awesome for nine's [massage is awesome for just about everyone!] to relieve that neck and shoulder tension. Nines complement six.

Dr. Oz said he loves hearing about viewers funny letters from their kids. He shared a letter that his daughter Daphne wrote to the tooth fairy when she was six. Daphne demanded the tooth fairy provide her name and address or she wouldn't leave anymore teeth.

Dr. Oz's other daughter Zoe also wrote the tooth fairy letter saying she wanted $8 for her tooth because her mother already gave her $2!

Send your cute kid letters to Dr. Oz and he just might read them on the show.